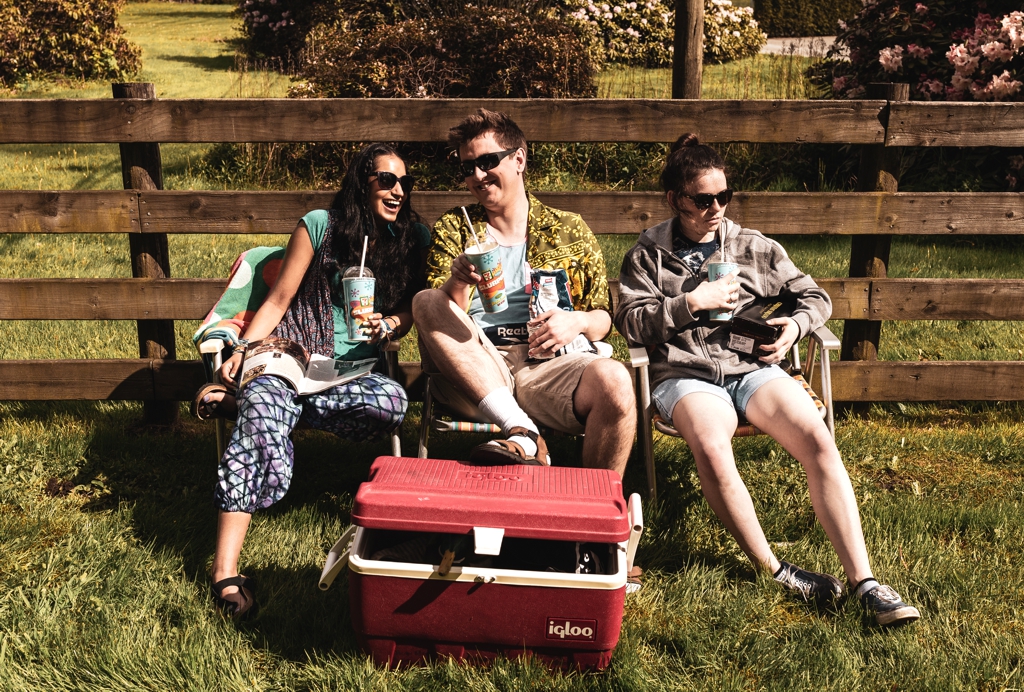 I’m sure most of you have noticed that there hasn’t been much activity on A Little Insanity lately, and I apologize for that. I hope to get back to publishing more gluten-free recipes sooner than later. In the meantime, my partner and I have been working through some ongoing health challenges together and have also taken it upon ourselves to start a new theatre production company. We actually just finished our first stage production a couple days ago.

It has been a lot of work, and a lot of firsts for us. For our first time producing, we tackled the world premiere of a new script (Nowheresville, BC by Chantal Gallant) in a venue that had never hosted theatre performances before.

Everything turned out really well, and it has been a really rewarding experience for all of us involved. We even sold more tickets than we had hoped (we had expected to lose money on the production, but ended up breaking even). Despite that, a number of friends of family of the producers, designers, actors, and stage crew weren’t able to see the show (for whatever reason). As such, we filmed one of the performances and it is currently available to stream-on-demand for a limited time (roughly the next 10 days). Since it is available anyway, we thought that some of you might be interested in seeing the play too.

While no recording of stage theatre can compare with live, in-person performance and we experienced some brief technical difficulties with our recording, we think the essence of what made us proud to have produced this piece remains intact. We do theatre because we love it, and we feel blessed to be able to afford to do it.

Many of the actors and designers in our community also love theatre enough to do it without being paid, but our theatre company believes that they deserve to be paid (even if we cannot pay ourselves). For this reason, our company works on a revenue share model. We pay all of the artists with whom we work a guaranteed stipend (albeit a relatively small one) and bear all of the financial risk of each production. When profits are made, we share the financial gain equally with the artists. As we have already broken even with the live performances of this production, all the money we receive from the streaming will be split amongst the artists.

A digital program can be downloaded here, whether or not you have any interest in watching the show.

Mia has returned home to her small Vancouver Island town, much to her chagrin. Awaiting her are Nowheresville’s quirky inhabitants, the annual cornhole tournament, a dreaded position as her mother’s assistant—and her recently deceased brother’s ashes. Join Mia on a darkly hilarious journey through grief as she wrestles with questions about family, homecoming, and also a few aggressive ducks. Will Mia find peace? Will she embrace her roots or find a new beginning elsewhere? A three person show with about 15 different characters, this is sure to be a journey with a few surprises!

A few reaction quotes from some of the live audience members:

“A great piece of intimate, hilarious, and heartwarming theatre.”
“Great script. Great acting. Great theatre.”
“This story matters. It’s about issues important to the human heart.”
“Heartfelt, funny, and overall excellent! I am so happy I got to see it live.”
“What a completely charming show! We enjoyed it so so much!”
“Everything flowed together so well. Hilarious character montages mixed with sincere moments of connection.”
“So many voices, so many characters, so many laughs!”
“I highly recommend this. The story was amazing. The complexity of the acting was fun to see, and it made me tear up in places and laugh in others. Well done!”