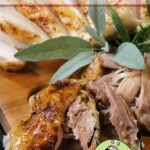 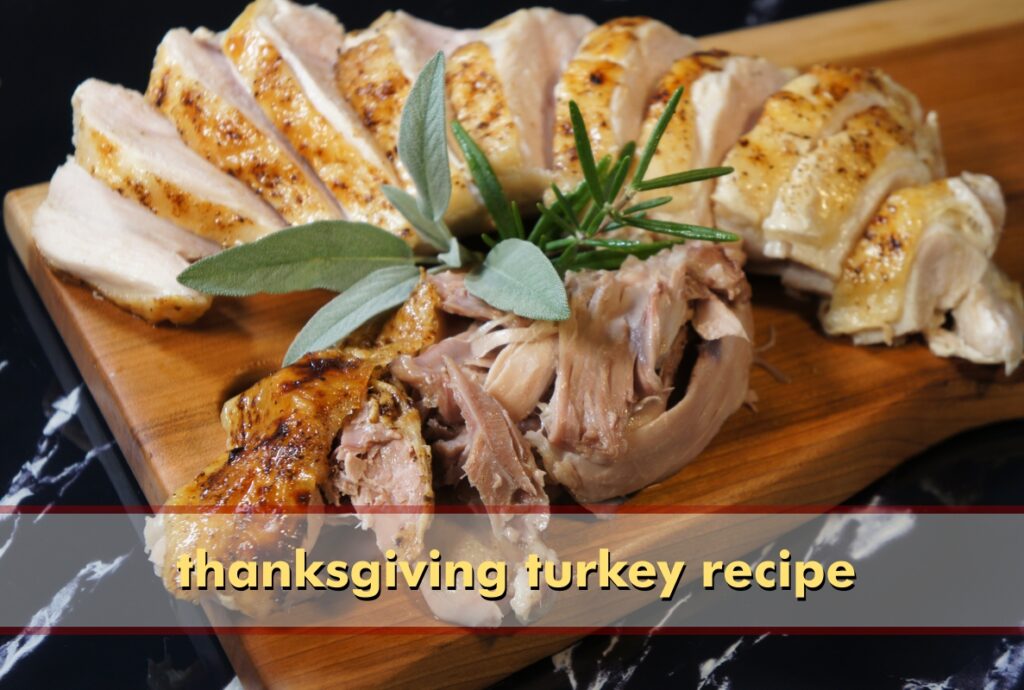 While there is no single right way how to roast a turkey, there are lots of wrong ways. In some cases, what constitutes a “wrong” way might just be a matter of opinion.

Case in point, I recently had a conversation with a friend about Thanksgiving traditions. Having lived in both Canada and the United States, she had an interesting observation about how the two countries look at traditional Thanksgiving dishes.

It was her contention that people in Canada are much more open to mixing things up by including different dishes in their holiday meal and that in the US, people are sometimes vehemently opposed to any departure from tradition (not that there is anything wrong with that).

She illustrated her point by recounting a Thanksgiving potluck wherein a Canadian guest brought a mashed parsnip casserole. The host and local guests were visibly and vocally upset about the inclusion of the dish. One commented how they would likely have loved the dish on any other day, but on Thanksgiving, it HAD to be marshmallow sweet potatoes.

I don’t know whether this generalization is fair or it is simply that pocket communities exist where certain traditions are treated as more (or less) sacred than in others (regardless of what country one is in). Either way, this Thanksgiving turkey recipe strays a bit from tradition.

Before I get into it too much, I’d like to recount another story (which may be a true one, but I happen to believe was made up). As the story goes, there is a family with an unusual Thanksgiving tradition. They would always cut the tops and sides off of their turkey so it is shaped like a rectangular block before putting it into the oven to roast.

One year, they sit down to Thanksgiving dinner and the youngest child asks her mother, “Why do we cut the top and sides off of our turkey before roasting it? My friend says her family always roasts their turkey whole.”

“I don’t know,” replied the mother, “That’s just how my mother always did it.”

A bit surprised she had gone her whole life and never thought to ask her mother about it, she called up her mother and asked.

“I don’t know,” replied the mother, “That’s just how MY mother always did it.”

Great Grandma was still alive, so the two of them, consumed by curiosity, called up the family matriarch with their burning question.

“Why on earth would you cut off the top and the sides of your turkey before roasting it?!? We only did that because it was the only way to get even a small turkey to fit into our tiny oven.”

I suppose the point of the story was to question the value of traditions rather than blindly follow them without concern for why they ever came to exist. In any case, while I’m not proposing carving your turkey into a brick before roasting, that is not actually far off from the truth.

Rather than cooking the turkey whole and having the iconic look of a whole roasted bird on the table carved up fresh once everyone is seated, this recipe is all about keeping things simple and eliminating some of the holiday headaches surrounding trying to roast a turkey whole.

Before I started doing my turkeys this way, there were numerous points of struggle when roasting a bird:

•Will a turkey big enough to feed everyone be small enough to fit in my oven?

•How long should I cook it for? What if it’s partially frozen (I can’t tell if it is or not)?

•How come I always end up with either dry, flaky white meat and/or tough, chewy dark meat?

I no longer get an iconic, picture perfect bird on Thanksgiving, but there no real guess work, carving is fast and super easy, and people rave about how flavorful and juicy the white meat is and how tender and delicious the dark meat is.

By what magic do I accomplish this? If you haven’t guessed, I partially de-bone my turkey before cooking and I put the (bone-in) dark meat in the oven two hours before I add the boneless white meat.

I no longer get an iconic, picture perfect Thanksgiving turkey, but there no real guess work, carving is fast and super easy, and people rave about how flavorful and juicy the white meat is and how tender and delicious the dark meat is.

By what magic do I accomplish this? If you haven’t guessed, I partially de-bone my turkey before cooking and I put the (bone-in) dark meat in the oven two hours before I add the boneless white meat.

• I tend to use frozen turkeys and prefer to do the initial cutting up of the bird before it has completely thawed as it is easier to work with when it is partially frozen.

• If the skin starts drying out, you can tent some aluminum foil over your turkey (or you can do this preemptively). 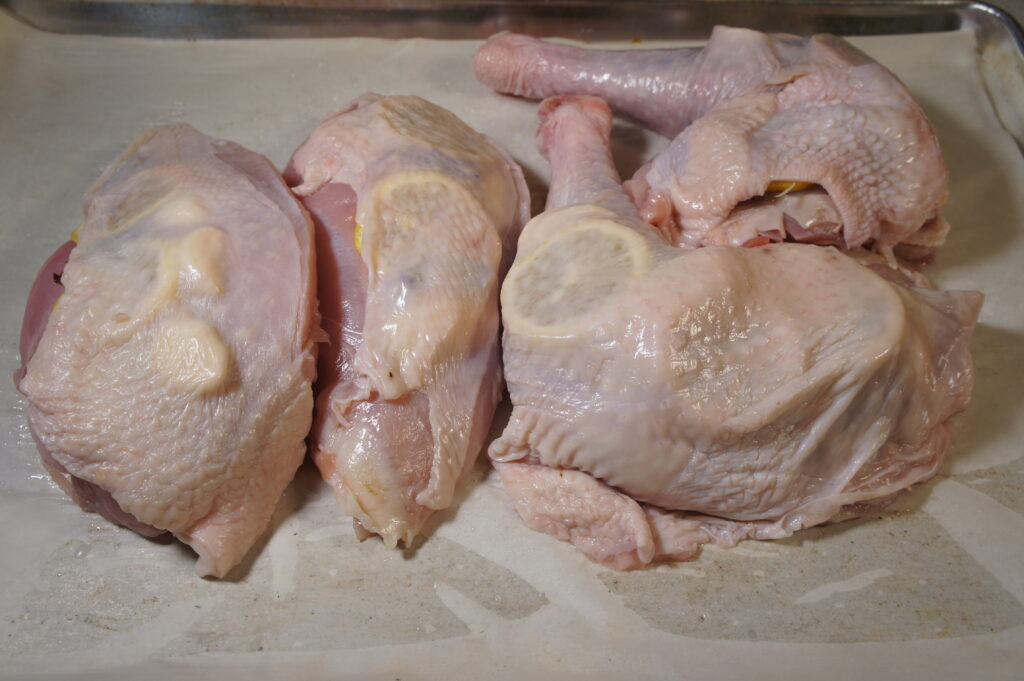 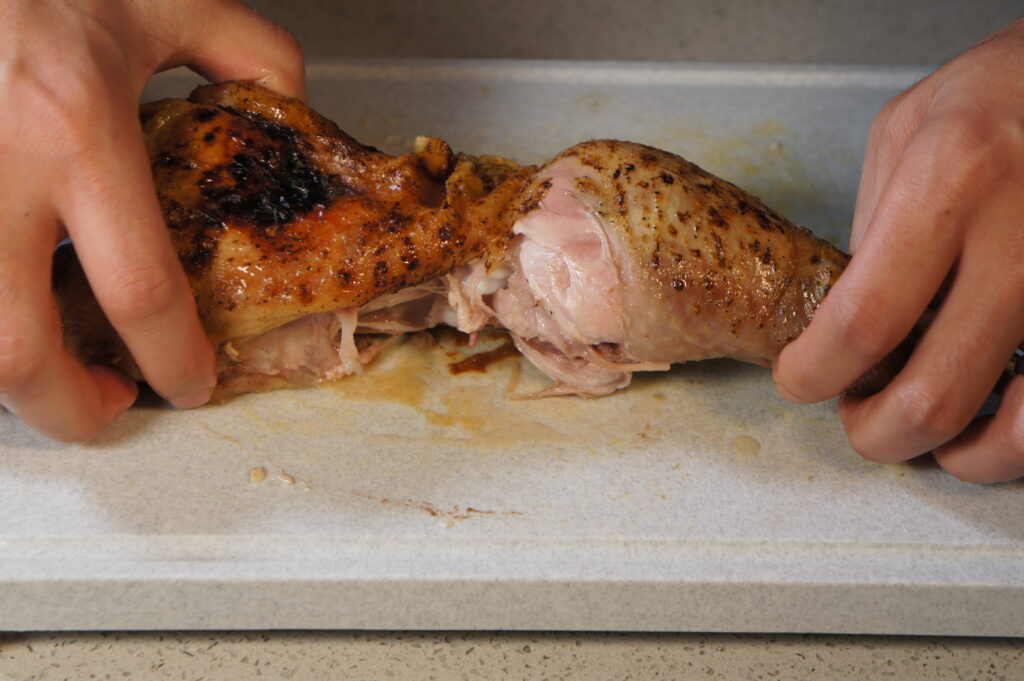 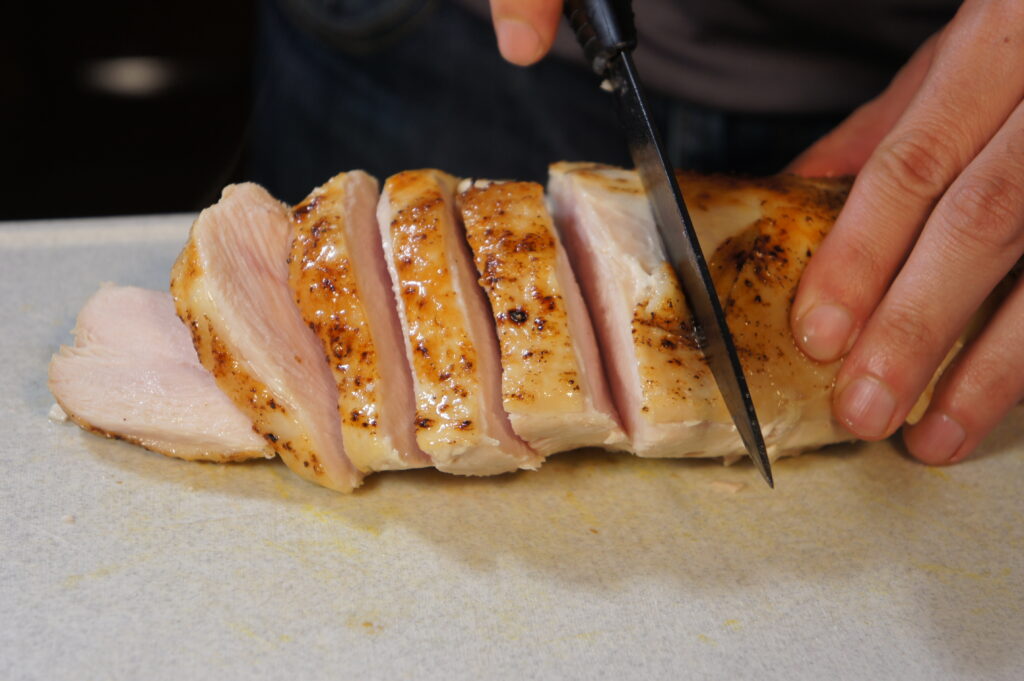 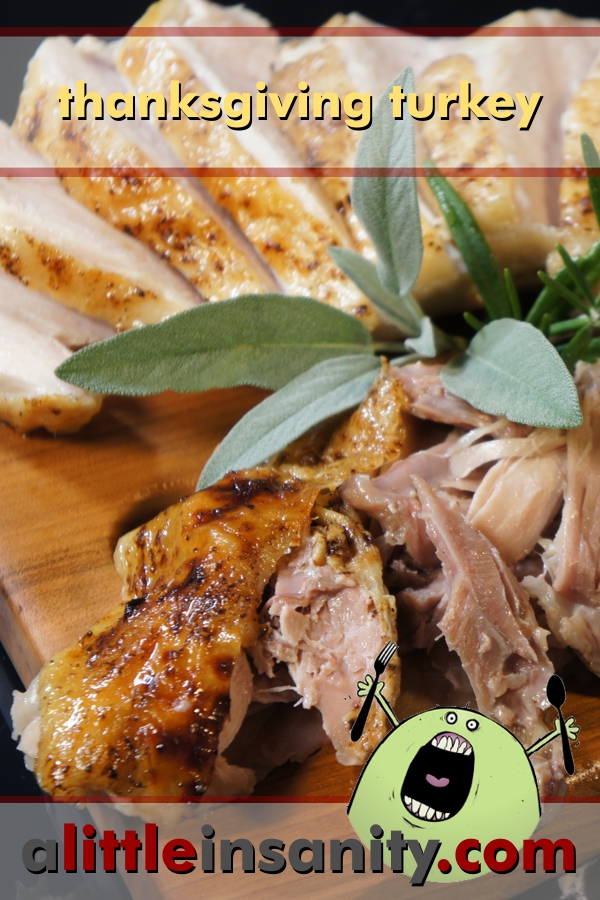