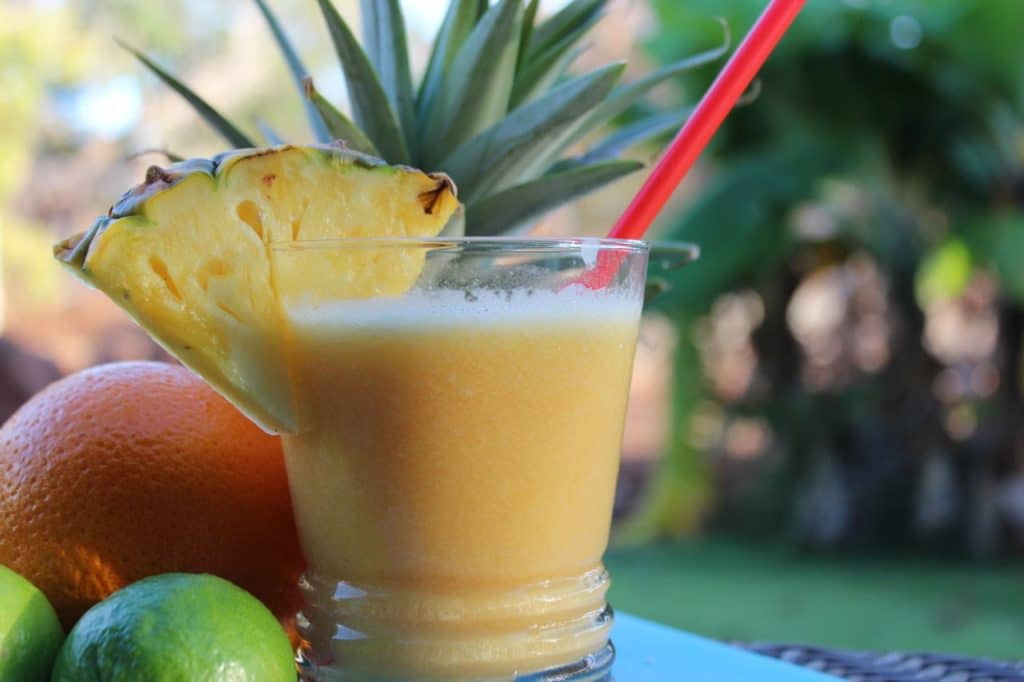 If you’ve ever been to Hawaii, chances are you’ve been offered a delicious concoction called POG (which stands for Passion, Orange, & Guava). It’s typically offered on your airplane ride over and is often referred to as the ‘Official Drink of Hawaii.’   It is sold in every store here, and by the gallon at Costco. It’s considered a staple among many ‘locals’ – children & adults alike.

The problem with POG is that it is made primarily of artificial food coloring, artificial flavors and enough sugar to put you in a coma for your entire visit. I personally find it so sweet, that I can’t even take a sip without cringing. As a result, I won’t go near the stuff and can’t imagine giving it to my extremely sensitive children… the artificial food coloring in it is enough to alter their brain chemistry for life!

Here’s a look at the Original Drink by Meadow Gold
Photo Taken By: Hawaii Magazine 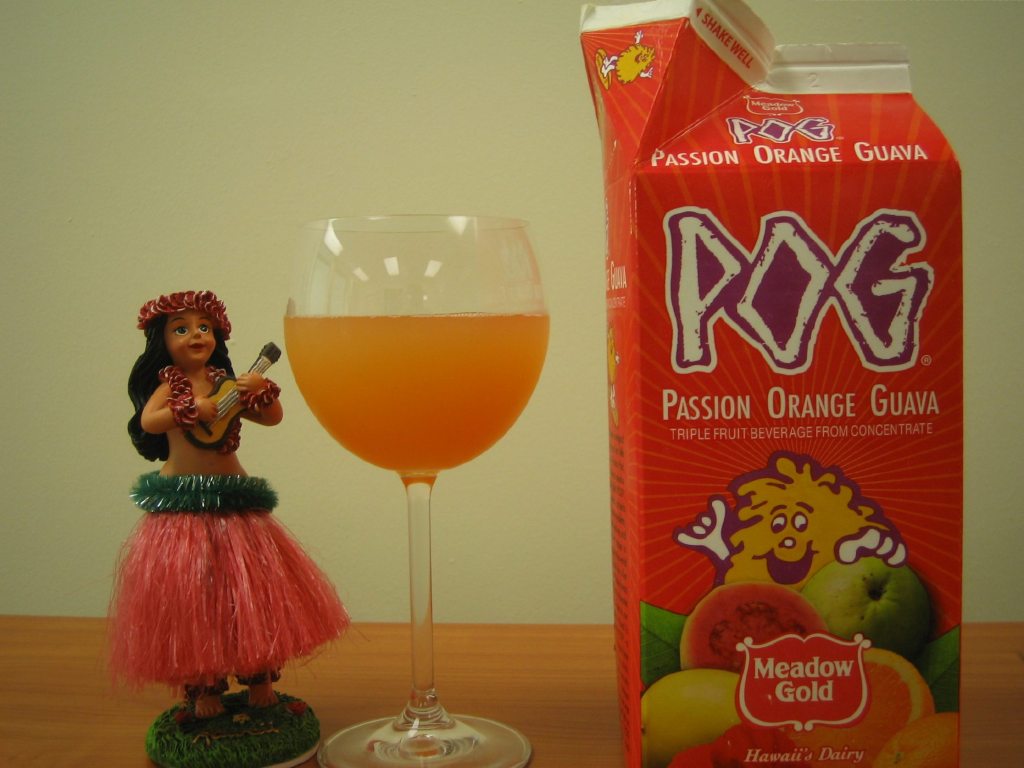 But, that doesn’t mean we can’t enjoy some REAL POG every now and then… especially since we discovered a beautiful little Guava tree growing in our front yard a couple of weeks ago!

The real recipe calls for Passion Fruit (aka ‘Lilikoi’), Orange & Guava… but since I know not all of you have access to the two tropical fruits, I’ve given adaptations in this Natural Hawaiian POG Recipe recipe for anyone to enjoy! We like ours blended with ice to make a frozen drink out of it, but you can prepare it however you like best.

This Natural Hawaiian POG Drink Recipe is All Natural, Raw, Gluten Free & Vegan.  It’s so good, it will have saying ‘Aloha!’ all day long!

Our Passion Fruit Vine (aka Lilikoi) isn’t blooming right now, so I used fresh Pineapple instead. 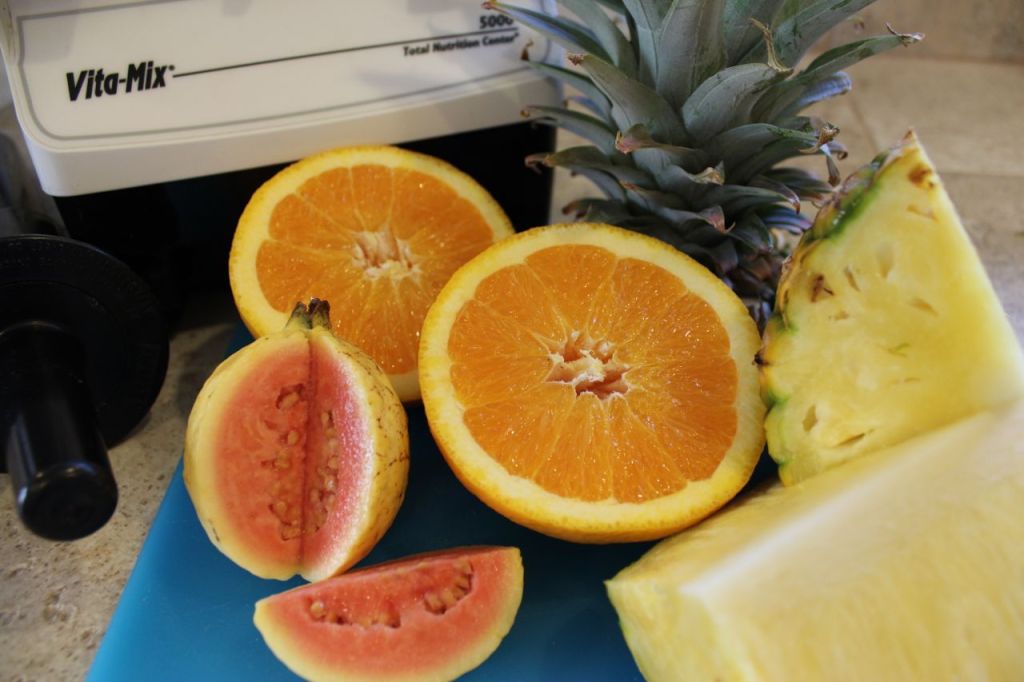 I highly suggest you remove the seeds from a guava, since they also can be very rough to swallow when blended up. You can eat the skin of a fresh, organic guava, or skin it. 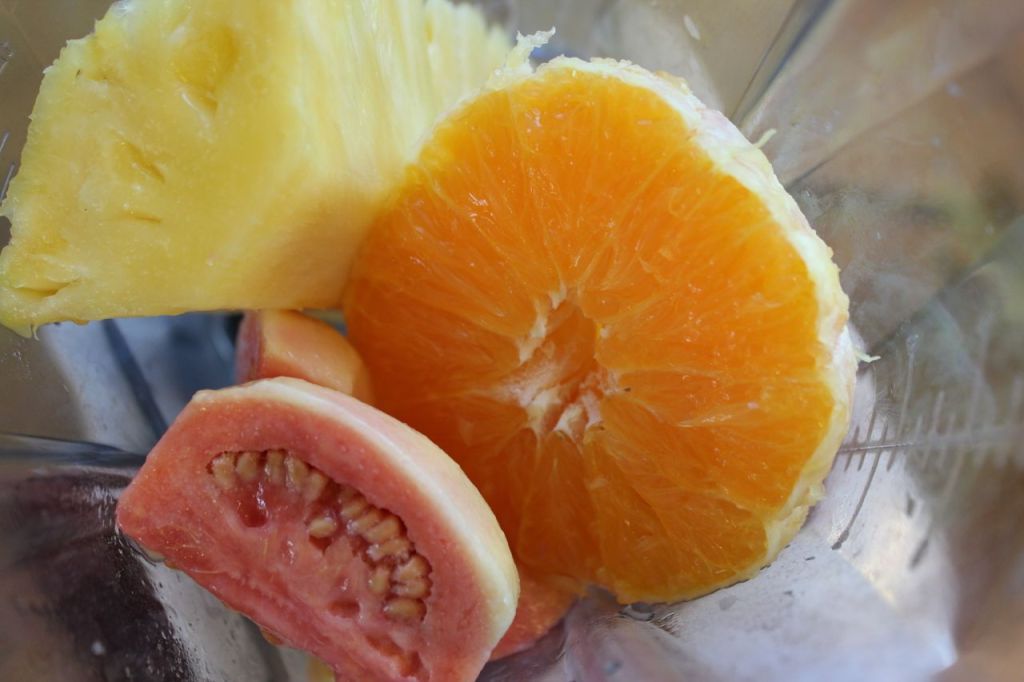 Since this makes fresh, unfiltered Juice, the mixture will be thick & frothy.
You could drink it this way, but I think it’s so much better blended with ice.

When you add in the ice, don’t over blend it and you’ll have a refreshing drink, that tastes like dessert! 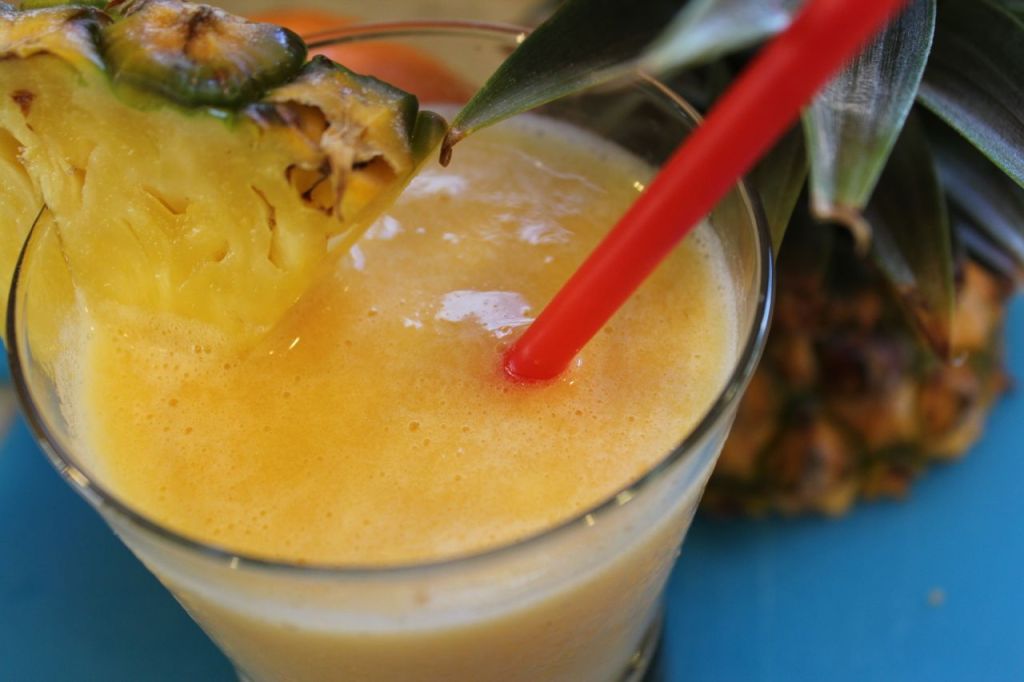